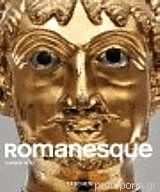 
The first universal style of the European Middle Ages


Reaching its peak in the 11th and 12th centuries, the Romanesque movement was marked by a peculiar, vivid, and often monumental expressiveness in architecture and fine arts. The main centres were located in Italy, France, the German-language countries, Spain, and England, though the voices of Scandinavia and Eastern Europe expressed themselves distinctly in the genre, which patterned itself on antique and Byzantine art. Despite untold losses, countless Romanesque masterpieces remain preserved today.

About the Series:
Each book in TASCHENs Basic Genre Series features:


About the author:
Norbert Wolf has published books on medieval art, Piranesi, Velazquez and Romantic painting, including TASCHEN’s Basic Art titles on Velazquez, Kirchner, Friedrich and Holbein, and Codices Illustres: The World’s Most Famous Illuminated Manuscripts. He lives in Munich.