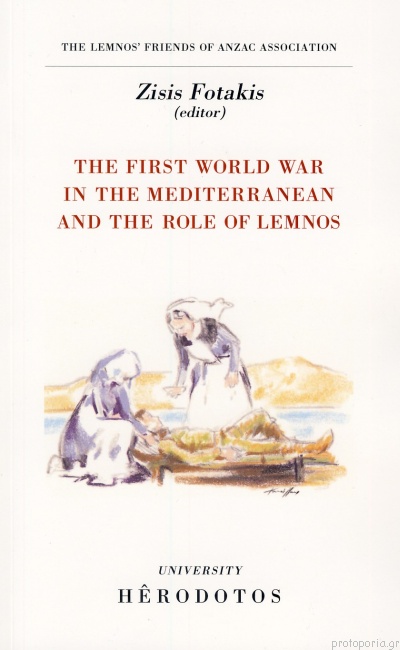 The centenary of the Gallipoli Campaign provided a good opportunity for a better understanding of its connection with the First World War in the Mediterranean and its relation with its staging posts, Lemnos and the Northern Aegean islands. This was the aim of the international Conference «The First World War in the Mediterranean — ANZAC and the role of Lemnos» which was held in the Lemnian Varos Village Hotel and Residences between the 26th and the 28th of June 2015. Eminent scholars from most of the participating countries in the Gallipoli Campaign, selectively pulled many threads (diplomatic, strategic, operational, tactical, political, humanitarian and social) of this unprecedented — till then —amphibious operation, and stressed the importance of its base of operations, the island of Lemnos. The commemoration of the dead of the First World War in Greece was also treated and an attempt was made to explore the ways in which the First World War heritage of Lemnos may become ever more relevant, in terms of academics and tourism. The scholarly contribution of this conference is detailed in the current volume.
Contributions: Dionysios Chourchoulis, Zisis Fotakis, John B. Haltendorf, Evan-this Hatzivassiliou, Wayne Mullen, John Pandazopoulos, Stavros A. Paspalas, Marina Petraki, Alexandre Sheldon-Duplaix, Geoffrey Till, Lita Tzortzopoulou-Gregory, Theofanis Vlachos, Vlasis Vlasidis, Natalia Vogeikoff-Brogan.
Συγγραφέας:
Συλλογικό
Εκδότης:
Ηρόδοτος
Σελίδες:
316
ISBN:
9789604852307
Επιμελητής:
Fotakis, Zisis
Ημερομηνία Έκδοσης:
28/5/2019