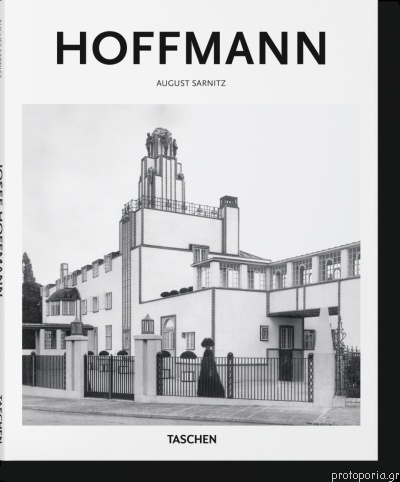 Before aesthete, designer, and architect Josef Hoffmann (1870–1956) came along, Austrian architecture and design was suffocating under a surfeit of opulent ornamentation and bombastic flourish. With his radical new approach and a band of like-minded figures, Hoffmann was a founding father of the Viennese Secession and Wiener Werkstatte and revolutionized Western aesthetics with a brave new minimalism.

This essential introduction explores Hoffmann’s key ideas, projects, and designs to understand his radical aesthetics and their continued influence on European architecture and design, from monochrome interior schemes to the cutlery we put on the table. We explore his integral role at the center of both the Vienna Secession in 1897 and the Wiener Werkstatte, and his commitment to stylistic purity, including some of Europe’s first major modernist buildings, such as the Purkersdorf Sanatorium (1904) and the Palais Stoclet (1905–1911).