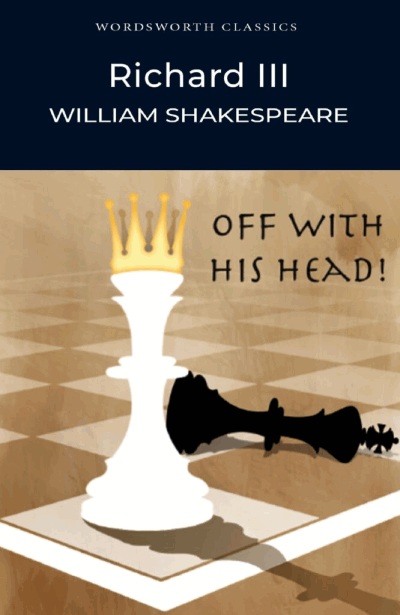 Richard III is one of the finest of Shakespeare’s historical dramas. Although it has a huge cast, Richard himself, gleefully wicked, charismatically Machiavellian, always dominates the play: a role to gratify such leading actors as David Garrick, Laurence Olivier, Anthony Sher, Ian McKellen and Al Pacino.

Since, in real life, political Machiavellianism is never out of date, Richard III remains perennially topical. Numerous revivals on stage and screen have demonstrated the enduring cogency of this drama about the lethally corrupting quest for power.

Richard III is the twenty-first play in the Wordsworth Classics’ Shakespeare Series. The Times Literary Supplement says: ‘Many students and ordinary readers will be grateful to Watts and his publishers for making such useful editions available at such low cost.’