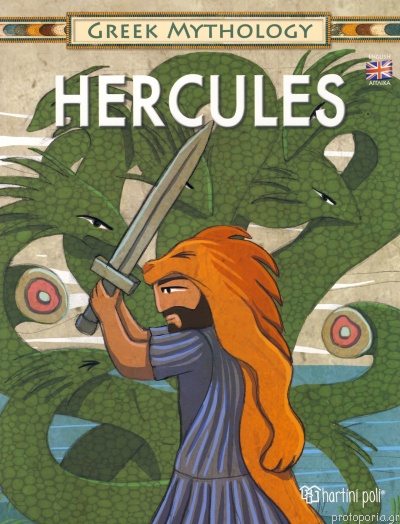 All the heroes and gods of Greek Mythology appear in a collection of wonderfully illustrated books filled with games, activities and historical information that help you explore and understand the ancient Greek world.

Hercules, the greatest hero of Greek mythology, was a son of Zeus, the king of gods, and the strongest human on Earth. But he did something terrible and the gods, in order to forgive him, ordered him to carry out twelve labours, twelve formidable ordeals that lasted many years. Hercules fought very boldly against wild beasts and mythical monsters, Titans, kings and Amazons and defeated them all. With his strength he managed to help other people, earn fame and respect, and become famous all over the world.