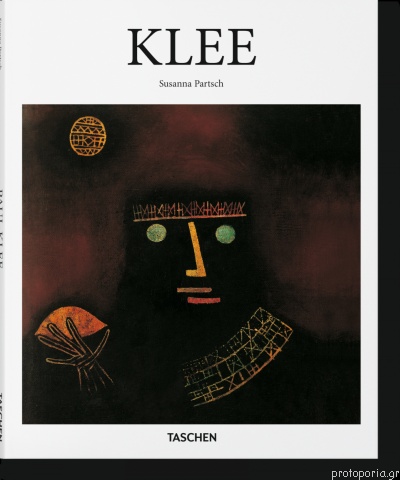 With meticulous theories and many thousands of paintings, drawings, and watercolors, Paul Klee (1879–1940) is considered one of the most cerebral and prolific leaders of 20th-century European art. Though typically small in scale, his works are remarkable for their sophisticated thought and meticulous nuances of line, color, and tonality.

Klee’s stylistic formation was shaped by early affiliation with the German expressionist group Der Blaue Reiter and, in particular, by a 1914 trip to Tunisia which transformed his use of color. After the war, he taught at the esteemed Bauhaus school, where his lectures, like his emerging practice, emphasized the symbolic potential of shade, line, and geometry.

Klee was also inspired by Cubism, poetry, music, literature, language, and the simplistic power of children’s art. Famed for his simple stick figures, he often combined the appearance of untutored naivete with rigorous composition and intellectual significance.

This book provides a selection of key Klee works to introduce his style and influence. From sun-drenched landscapes to enigmatic wordplay, discover a world at once simplistic, symbolic, and dazzlingly colorful.