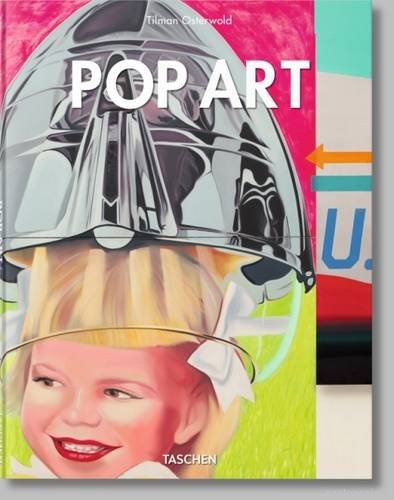 Soup cans and Whaam!
The makers and shapers of Pop Art

Peaking in the 1960s, Pop Art began as a revolt against mainstream approaches to art and culture and evolved into a wholesale interrogation of modern society, consumer culture, and the role of the artist and artwork.

At the same time, Pop Art reduced the role of the individual and challenged the notion of originality by deploying mass production techniques such as screen printing. Like a hall of mirrors, the resulting works came to interrogate both the ideas and desires of contemporary culture, and its state of simulacra, whereby images, substitutes, and representations come to define the experience of ‘reality’.

In this book, Tilman Osterwold explores the styles, sources, and stars of the Pop Art phenomenon. From Lichtenstein’s comic book aesthetics to Warhol’s images of Marilyn, it explores how a movement that interrogated the icons of its time came to produce icons of its own.