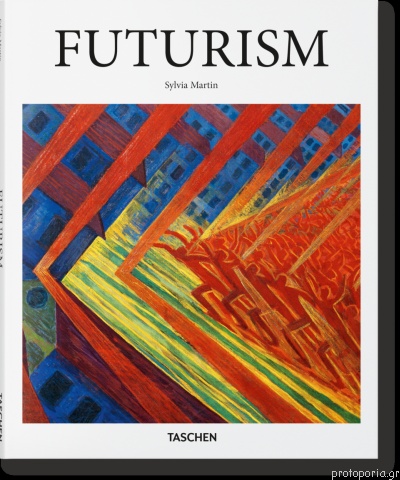 With motion and machines as its most treasured tropes, Futurism was founded in 1909 by Filippo Tommaso Marinetti, along with painters Giacomo Balla, Umberto Boccioni, Carlo Carra, and Gino Severini. With affiliate painters, sculptors, designers, architects, and writers, the group sought to subsume the dusty establishment into a new age of sleek, strong, purified modernity.

Futurism’s place in art history is as ambivalent as it is important. The movement pioneered revolutionary methods to convey movement, light, and speed, but sparks controversy in its glorification of war and fascist politics. Their frenzied, almost furious, canvases, are as remarkable for their macho aggression as they are for their radical experimentation with brushstrokes, texture, and color in the quest to record an object moving through space.

With key examples from the Futurists’ prolific output and leading practitioners, this book introduces the movement that spat vitriol at all -isms of the past and, in so doing, created an -ism of their own.