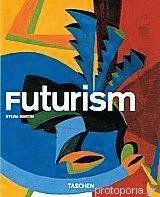 Inspired by the development of Cubism, the Futurist movement was founded in 1909 by Filippo Tommaso Marinetti, along with painters Giacomo Balla, Umberto Boccioni, Carlo Carra, and Gino Severini. The school, which celebrated technology and the mechanical era, was comprised of painters, sculptors, designers, architects, and writers. Motion and machines were two main themes of this movement, which attacked the bastions of establishment and sparked controversy by its glorification of war and support of Fascism. Experimenting with movement, and speed, and abstract light and color, the Futurists developed approaches and techniques that were revolutionary at the time, and in retrospect one can see that the Futurists influenced other avant-garde art movements, most notably Russian Constructivism.

The author: Sylvia Martin received her PhD in art history at the University of Cologne, trained at Kunstmuseum Dusseldorf, and worked as curator and academic collaborator at Kunstmuseum as well as at Kunst Palast Museum in Dusseldorf. She currently works as freelance curator in Munich.