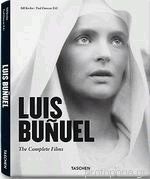 “I am still an atheist, thank God.” Luis Bunuel

Cinema has been a fortunate art form. It had the immense good fortune to seduce Orson Welles and Marcel Pagnol away from theatre, Pasolini and Jean Cocteau away from poetry, and Stanley Kubrick away from chess. It was a comparable stroke of luck that Luis Bunuel, one of the most brilliant representatives of the surrealist movement, chose to make films and was able to make them with unflagging fidelity to his principles for fifty years.
After an audacious Parisian showing of Un Chien Andalou in 1929 (Bunuel carried stones in his pockets in case he needed them to fend off the audience), Bunuel’s subsequent career in Spain (Las Hurdes), Hollywood and Mexico (Los Olvidados, Robinson Crusoe, El, Nazarin) before returning to France (Diary of a Chambermaid, Belle de jour, The Discreet Charm of the Bourgeoisie, That Obscure Object of Desire), showed that the only subjects he cared to make films about were the three that are never supposed to be discussed in polite society: sex, religion, and politics.

This book was made with full access to Luis Bunuel’s archives.

The author: Bill Krohn is the author of Hitchcock at Work. He also co-directed, -produced and -wrote It’s All True: Based on an Unseen Film by Orson Welles. Bill Krohn has been the Los Angeles correspondent for the legendary French film magazine Cahiers du Cinema since 1978. He also reviews films for The Economist.