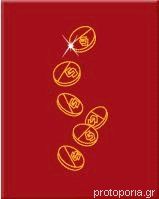 Harvard Design School’s Project on the City is a graduate thesis program that examines the effects of modernization on the urban condition. Each year the Project on the City studies a specific region or phenomena, and develops a conceptual framework and vocabulary for urban environments that can not be described within the traditional categories of architecture, landscape, or urbanism.

In order to understand new forms of urbanization, thesis advisor Rem Koolhaas and students from the fields of architecture, landscape, and urbanism, document and analyze areas of study through a combination of field research, statistical analysis, historical developments, and anecdotal situations. The result of each project is an intensive, specialized study of the effects of modernization on the contemporary city.

During the 1996-1997 period, Harvards graduate students studied Chinas Pearl River Delta (PRD), a cluster of five cities with a population of twelve million destined to reach thirty-six million by the year 2020. The establishment in the PRD of Special Economic Zones -"laboratories for the contained unleashing of capitalism"- hastened an unprecedented experiment in urbanization on an astonishingly large scale. Great Leap Forward contains essays which explore, in a theoretical and statistical context, the results of this rapid modernization that has produced an entirely new urban substance.

Chuihua Judy Chung is principal of Content Design Architecture Group in New York. With Sze Tsung Leong, she has assembled The Charged Void: Architecture, the complete architectural works of Alison and Peter Smithson. She is currently editing Owning a House in the City a study on low-income housing in the US.

Jeffrey Inaba, a partner of AMO (Architecture Media Organization) is writing a book on the work of Gordon Bunshaft and Kevin Roche.