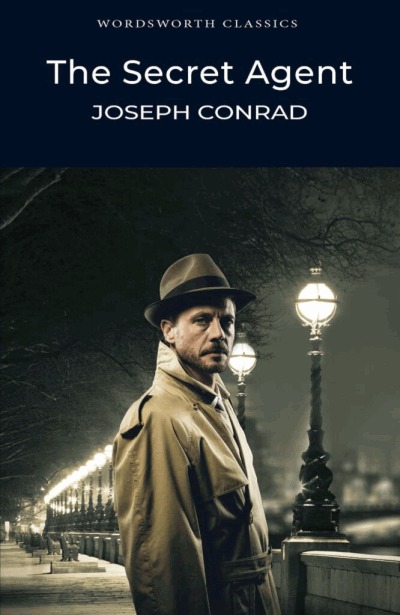 With an Introduction and Notes by Hugh Epstein, Secretary of the Joseph Conrad Society of Great Britain

Then the vision of an enormous town prented itself, of a monstrous town...a cruel devourer of the worlds light. There was room enough there to place any story, depth enough for any passion, variety enough there for any setting, darkness enough to bury five millions of lives.

Conrads monstrous town is London, and his story of espionage and counter-espionage, anarchists and embassies, is a detective story that becomes the story of Winnie Verlocs tenacity in maintaining her devotion to her peculiar and simple-minded brother, Stevie, as they pursue their very ordinary lives above a rather dubious shop in the back streets of Soho.

However, far from offering any sentimental picture, The Secret Agent is Conrad’s funniest novel. Its savagely witty picture of human absurdity and misunderstanding is written in an ironic style that provokes laughter and unease at the same time, and that continues to provide one of the most disturbing visions of aspiration and futility in twentieth century literature.