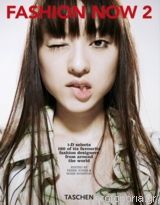 The art of style: an encyclopedia of over 160 designers

The iconic British style magazine i-D once again brings you a guide to the world`s most important designers. From the biggest players in the international fashion industry including Karl Lagerfeld, John Galliano, and Marc Jacobs, to emerging names such as Kim Jones and Tess Giberson, to streetwear and sportswear brands A Bathing Ape, Nike, Diesel and Silas, Fashion Now 2 is a comprehensive survey of today`s best designers.

Expanded from the previous edition, Fashion Now 2 is illustrated with the very best fashion photography and styling, extracted from shoots in the archives of the magazine that celebrates its 25th birthday this year. Also included are an introduction by i-D founder and editor-in-chief Terry Jones, and in-depth essays on the issues that are shaping fashion today: the fashion show system, the precarious position of the celebrity designer, and the rise of menswear. Fashion Now 2 is an encyclopedia of fashion personalities, a portfolio of amazing imagery, but most of all, a snapshot of the fast-changing contemporary fashion world, as seen through the lens of one of the best-loved magazines published today.

• more than 160 designer listings from A-Z, including photos of recent work, detailed biographies, and fascinating ‘QandA` interviews in the format for which i-D is famous

• essays on current issues in the fashion industry

Terry Jones is the founder and creative director of i-D magazine. He started his fashion career in the 1970s as art director of Vanity Fair and Vogue UK; since leaving Vogue in 1977, his Instant Design studio has produced catalogues, campaigns, exhibitions and books, including SMILE i-D, Fashion Now 1 and Fashion Now 2 published by TASCHEN.

Susie Rushtons first ever fashion article appeared in i-D magazine in 1999, and she remains a regular contributor today. A graduate of Central Saint Martins, she has freelanced for, amongst other magazines, British Vogue, Another Magazine, and Spruce. Since 2003 she has been staff fashion reporter for both The Independent and The Independent on Sunday newspapers.