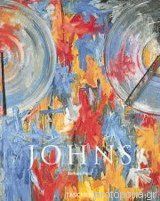 Though his work is often categorized as Pop Art for its use of popular iconography and household objects, Jasper Johns can also be described as a Neo-Dadaist. Using wax-based paint, plaster relief, collage, and even commonplace objects such as brooms and rulers in his paintings, Johns achieves a sculptural texture in his work. He is arguably most known for his flag paintings of the 1950s (the Museum of Modern Art in New York recently paid over $20 million for White Flag), though other themes, including targets, numbers, letters, and maps, are also famously recurrent. Johns is widely considered one of the most important American artists of the 20th century.