Tom Poulton. The Secret Art of an English Gentleman 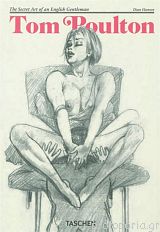 The secret art of an English gentleman

The editor: Dian Hanson is a twenty-five-year veteran of men’s magazine publishing. She began her career at Puritan Magazine in 1976 and went on to edit a variety of titles, including Partner, Oui, Hooker, Outlaw Biker, and Juggs magazines. In 1987 she took over the ‘60s title Leg Show and transformed it into the world’s best-selling fetish publication. Most recently, she authored TASCHEN’s Terryworld, Tom of Finland: The Comic Collection and Dian Hanson’s: The History of Men’s Magazines six-volume set.