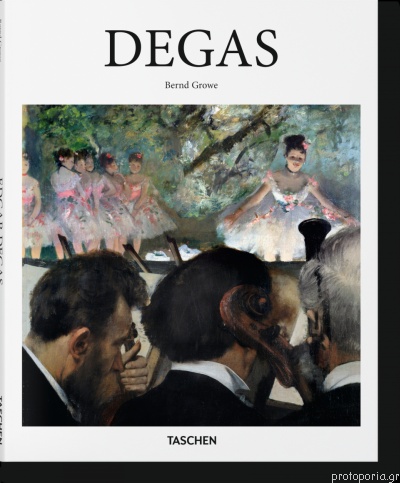 Most commonly associated with the birth of the Impressionist movement in mid-19th-century Paris, Edgar Degas (1834–1917) in fact defied easy categorization and instead developed a unique style, strongly influenced by Old Masters, the body in motion, and everyday urban life.

The elder scion of a wealthy family, Degas cofounded a series of exhibitions of “Impressionist” art, but soon disassociated himself from the group in pursuit of a more realist approach. His subjects centered on the teeming, noisy streets of Paris, as well as its leisure entertainments, such as horse racing, cabarets, and, most particularly, ballet. With often ambitious, off-kilter vantage points, his images of ballerinas numbered approximately 1,500 works, all deeply invested in the physicality and the discipline of dance.

Through illustrations of Foyer de la Danse (1872), Musicians in the Orchestra (1872), and many more, this book provides an essential overview of the artist who created a category all his own, a world of classical resonance, bold compositions, and an endless fascination with movement, which together produced some of the most striking and influential works of the era.