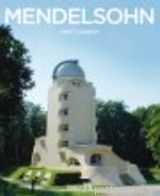 The work of Erich Mendelsohn (1887-1953) is extraordinarily open-minded in its attitude to material and planning, as a result of his completely original form of architectural thinking. Mendelsohn`s genius lay in the fact that he was not influenced by his predecessors; rather, his imagination sprung from an entirely personal place, refusing to borrow from any existing artistic forms or styles. He became famous with the Einsteinturm in Potsdam (the supreme masterpiece of architectural expressionism, one of the most heretical and revolutionary works in history), the Hat Factory in Luckenwalde, and the Schocken Department Store in Stuttgart. To this day, Mendelsohn`s methods remain stimulating and provocative and his work begs to be (re)discovered.