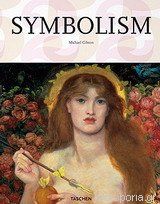 A key movement in modern art

"To clothe the idea in perceptible form," proposed the poet Jean Moreas in his 1886 Manifesto of Symbolism. It was in France and Belgium, the cradles of literary Symbolism, that Symbolist painting was born. It plunged headlong into the cultural space opened up by the poetry of Baudelaire and Mallarme and by the operas of Wagner. Symbolist painters sought not to represent appearances but to express "the Idea," and the imaginary therefore plays an important part in their work. "Dream" was their credo; they execrated, with a fanatical hatred, impressionism, realism, naturalism, and the scientistic. The main principle of Symbolism, that of "correspondences," was to attain harmony between all the different arts, or even to realise the total work of art (Gesamtkunstwerk) that Wagner had dreamt of creating. What we rediscover today, after a period of neglect, is this: Symbolist painting is essential to our understanding of modern art, not only because it spread across the world like wildfire, creating disciples from Russia to the United States, from Northern Europe to the Mediterranean, but because it was the source of a series of mutations without which modern art would not be what it is.

The editor: Gilles Neret was an art historian, journalist, writer, and museum correspondent. He organized several art retrospectives in Japan and founded the SEIBU museum and the Wildenstein Gallery in Tokyo. He directed art reviews such as L’Oeil and Connaissance des Arts and received the Elie Faure Prize in 1981 for his publications. Neret is the editor of TASCHENS catalogues raisonnes of the works of Monet and Velazquez, as well as the author of Dali The Paintings and Erotica Universalis. He died on August 3, 2005.

The author: Michael Gibson is an independent scholar and philosopher (currently editor in chief of UNESCOs World Heritage Review) who has been writing on art over the past thirty years for numerous publications, including the International Herald-Tribune. He has published numerous books, including studies of Bruegel, Gauguin, Duchamp and Calder.