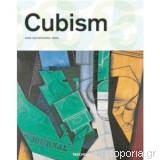 Pioneered by Picasso and Braque, Cubism was the first avant-garde art movement of the 20th century. Heavily influenced by the stark power of African and Native American art and sculpture, it deconstructed conventions of viewpoint and perspective, revolutionizing painting and western art in general. With its flattened, geometric shapes, overlapping, simplified forms and fragmented spatial planes, Cubism was one of the most influential movements in 20th-century art.