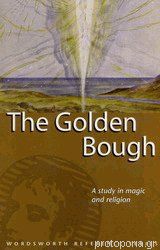 Sir James George Frazer (1854-1941) is rightly regarded as one of the founders of modern anthropology. The Golden Bough, his masterpiece, appeared in twelve volumes between 1890 and 1915. This volume is the authors own abridgement of his great work, and was first published in 1922. Remarkable for its vast assembly of facts and its charm of presentation, it offers the thesis that man progresses from magic through religious belief to scientific thought. It discusses fertility rites, human sacrifice, the dying god, the scapegoat and many other symbols and practices which have influenced a whole generation of 20th century writers, including D.H. Lawrence, Ezra Pound and T.S. Eliot.