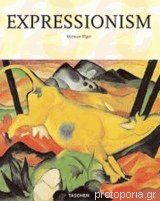 In six chapters — The Brucke Group of Artists, Northern German Expressionism, The Blaue Reiter, Rhenish Expressionism, The City and Expressionism in Vienna — this publication deals with a specifically German artistic revolution, a phenomenon that has quite accurately been described as "the most significant German contribution to 20th century European art."

The author: Dietmar Elger studied history, art history, and literature at Hamburg University. He has been involved in the organization of several exhibitions as well as in editing catalogues on modern and contemporary art. His publications include a catalogue raisonne of the work of Gerhard Richter, for whom he worked as assistant.