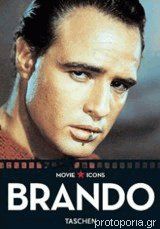 Had he not been an actor, Marlon Brando once wrote, he would have become a criminal—specifically, a con artist. Take him at his word. Too many complain that Brando, the greatest actor of his generation, wasted his life in futile rebellions and left far too few masterworks in his wake, especially measured against his potential; but considering his sincere confession of criminal potential, we can be grateful for the little we do have. The actor who starred so unforgettably in A Streetcar Named Desire, The Wild One, On the Waterfront, The Godfather, Apocalypse Now, and Last Tango in Paris certainly owes no apologies to posterity.