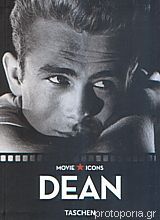 James Dean died at the age of 24, yet half a century later his mystique is unfaded. Had luck favored him that fatal evening, he might still be with us, an actor in the same generation as Paul Newman, Clint Eastwood, Gene Hackman, and Sean Connery. His phenomenally charismatic performances in such classics as Rebel Without a Cause and East of Eden have immortalized him as a cinematic great. Dean also had serious ambitions of becoming a writer-director, and it is haunting to imagine what he might have done if his life had not been cut short. He remains such icon of gifted youth: even 50 years after his death, we still look at James Dean in full suspense, wondering how he’s going to turn out.