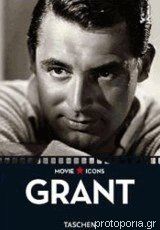 He’s the most self-invented man in movies, this side of Charlie Chaplin. Like Chaplin, Cary Grant grew up poor, trained as an acrobat, and brims with confidence, romance, and a spirit of merry larceny—he just has a better tailor. His impeccable timing and light, cat burglar’s touch at stealing women’s hearts were perfect for the jaunty heroics and romantic farce of such classic films as An Affair to Remember, Notorious, His Girl Friday, North By Northwest, Bringing Up Baby, and To Catch a Thief. In the end, the role became the man—he had ceased to play “Cary Grant” and simply was Cary Grant. One could wish no man any greater happiness than that.