The Garden at Eichstatt

The Book of Plants by Basilius Besler
Έκπτωση
10% 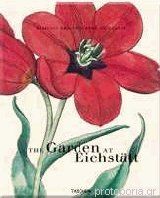 
This could well be the most famous botanical record ever committed to paper. A magnificent pictorial document of the flowers grown in the greatest German garden of its time. The Hortus Eystettensis is in a class of its own when it comes to the variety and range of flowers engraved. Working under Basilius Besler, a team of at least ten engravers worked on this massive project, translating in situ and specimen drawings faithfully to copper plates. Nearly four hundred years old, the book survived where the gardens did not. They were destroyed by invading Swedish troops in 1634. However in 1998 a reconstruction of the original garden opened to the public in Eichstatt. At two thirds the size of the original, this is a great book in every sense, and the first in a new series of facsimile reprints of the great books of human thought and accomplishment. Its reproductions are taken from a hand-painted edition, one of only a few still extant. In auction, the asking price for a first edition copy is half a million dollars. You can now enjoy its unique qualities for somewhat less.


Werner Dressendorfer (born 1947) is a pharmacy historian, a librarian and a lecturer at Erlangen and Regensburg University. He concerns himself with, among other things, the history of medicinal plants and aspects of cultural history, such as plant symbolism and superstition. He is the author of many publications on the history of pharmacy and numerous academic papers on the themes of the late Middle Ages and the early Modern period.