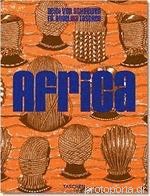 Plunge into Africa — The splendor of life throughout the continent
We’ve searched far and wide, through Africa’s deserts and jungles, cities and wildlife reserves, islands and mountains, to uncover the continent’s most inspirational dwellings; our goal was to find the kind of interiors that defy description, and we think the results will definitely leave you speechless. Nestled within these pages you’ll find lush modern homes mingling with mud huts, funky artists’ studios, elegant lodges, minimalist houses, ornate traditional homes, townships and much more—all lovingly built and decorated with sensitivity, creativity, craftsmanship, individuality, and sensuality. From Tunis to Cape Town, Inside Africa captures the beauty and diversity of African living.

•900 pages of dreamy interiors in 2 volumes

• an ultra-modern home in the sprawling hills overlooking Johannesburg

• a palace in Nigeria with cathedral-like, intricately painted ceilings
-plus-

• outdoor bathrooms and showers, terraces to die for, giraffes peeking in windows, thatched roofs… the Africa of your dreams….

Deidi von Schaewen, who has lived in Paris for thirty years, is a contributor to a range of international periodicals and a film-maker, and has published numerous books. Her publications with TASCHEN include Indian Interiors, Fantasy Worlds, and Gardens of Provence. For Inside Africa, she made fifteen journeys in the space of four years, visiting twenty African countries.

Angelika Taschen studied art history and German literature in Heidelberg, gaining her doctorate in 1986. Working for TASCHEN since 1987, she has published numerous titles on the themes of architecture, photography, design, and contemporary art. She conceived TASCHENs Interiors series in 1994 and the Country Houses series in 1999.

After ten years in fashion as a stylist, Laurence Dougier discovered the world of architecture and decoration in South Africa, where she lived for three years. Returning to Paris, she became a journalist and stylist, freelancing for magazines such as AandD, Elle decoration, and Cote Sud.

After 10 years as reporter around the world for French press, Frederic Couderc worked for the French television station Canal . Specialized in Africa, he recently published his first novel, Prince Ebene, the story of a black prince in the court of Louis XIV. He has also contributed to Elle and Elle decoration magazines.