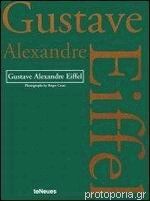 Gustave Alexandre Eiffel (Dijon 1832-Paris 1923). This French civil engineer and constructor, is famous for the Eiffel Tower in Paris. He studied at the Ecole Central des Arts et Manufactures, where he demonstrated his interest in metal construction, graduated in Chemical Engineering and in 1866 founded his own company. He directed the building of an iron railway bridge at Bordeaux and the design of the movable dome of the observatory at Nice.

He finished his greatest project, the Eiffel Tower, in 1889, in time for the Centennial Exposition, causing commotion and amazement among the artists of the period and the world in general. His next large-scale project was the Panama Canal.