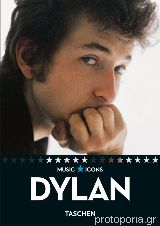 Via texts and images, this concise overview covers the entire career of the most influential singer-songwriter in the history of popular music.

In 2008, Bob Dylan became the first rock artist to win a Pulitzer Prize, for his "profound impact on popular music and American culture, marked by lyrical compositions of extraordinary poetic power." A musician, poet, and celebrated nonconformist of unparallelled stature, Dylan is revered by critics and fans alike as the most influential singer-songwriter in the history of popular music. For over four decades he has inspired folk and rock lovers around the world. His distinct brand of personal philosophy and socio-political comment has metamorphosed through a variety of musical forms, from traditional folk, blues, and country, to gospel and rock and roll, all the while establishing a unique soundtrack to our lives.

Setting out in 1961 as a young man with a guitar and a harmonica, this enigmatic artist has grown into an international cultural icon, the tireless author of over 30 albums and a relentless live performer. This concise overview covers Dylan’s entire career via texts and images.

The Music Icons series:
Each title contains a painstaking selection of approximately 150 portraits, colorful posters and record covers, rare concert photos, and previously unpublished candid photos. These images—each matching an important biographical event—are accompanied by text tracing the progression of the subject’s life and career and complemented by lists of essential recordings and selected chart rankings.