A New Proposal for its Interpretation
Έκπτωση
30% 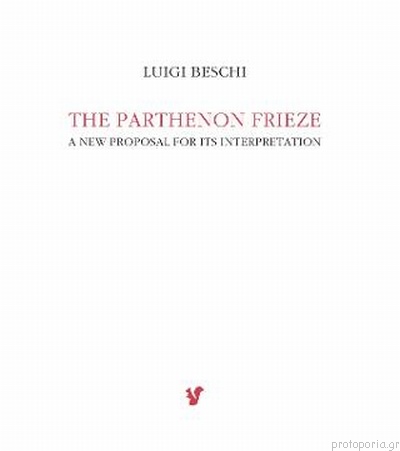 Since I too have agonized over trying to decipher the meaning of the Parthenon Frieze, I believe that I am allowed to repeat something that I supported some time ago: that the reexamination of a subject so labyrinthine and bibliographically lumbered has to be dealt with as an intellectual debt, the satisfaction of which will justify all future corrective approaches. However, the anticipated reevaluations of perhaps the most important artistic creation of Periclean times will be fruitful and forward-looking only to the degree that they will draw cognitive powers from a fundamental text by Luigi Beschi. With the republication of that text, in a free-standing format, I am sure that all the new interpretative attempts by modern scholars will be inspired by the intellectual stimuli and values of an unrepeatable scientific ethos.