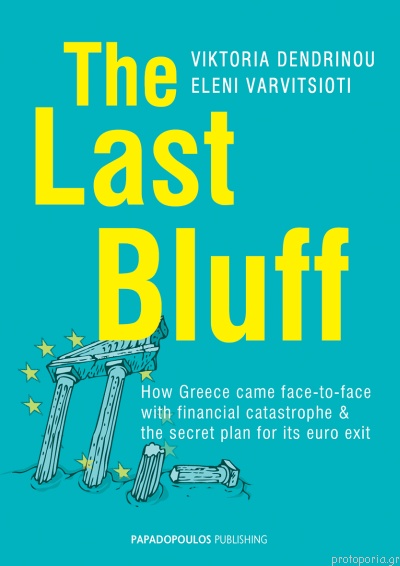 A behind-the-scenes political thriller offering the definitive account of Europe’s 2015 dramatic showdown with Greece. Its a wide-ranging, exhaustively-investigated narrative of the most turbulent year in Europe’s recent financial history, revealing one of the continents best kept secrets: the Plan B in case its weakest link crashed out of the euro.

From the election of Europe’s first radical, anti-establishment government in Greece, to the countrys dramatic referendum, this is a nail-biting tale about power and money, a story about charismatic but often vain politicians who failed to live up to expectations.

This book will take readers behind closed doors in government buildings and hotels, seaside taverns and even the homes of those who would decide the future of Greece and of the euro. Secret negotiations, deals gone awry, hushed promises, last-minute trade-offs and even blackmail: this is Europe’s murky decision-making side, exposed as never before.

“There has been much written about the Eurozone crisis, but until now nobody has told its last, tragic chapter: how the radical government of Alexis Tsipras nearly forced Greece out of the euro almost by accident. Dendrinou and Varvitsioti uncover compelling evidence that Europe was ready to let its weakest link go, offering key insights into how its leaders decide when faced with a major crisis. It reads like a thriller, making the cataclysmic events of 2015 come alive by detailing the behind-the-scenes machinations of those who decided the fate of Greece—and the euro.”