Spinalonga, the Island of the "Living Dead" 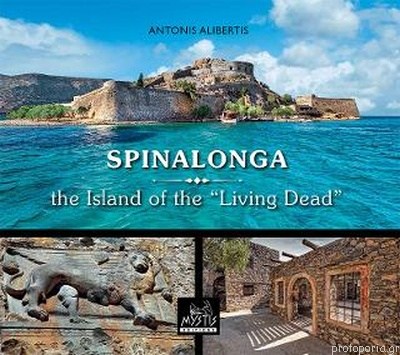 The years went by, civilizations succeeded, nations blended with each other, each governor usually ordered using fear and the commons either complied or rebelled to authority. Minoans, Achaeans, Dorians, Romans, Byzantines, Arabs, Saracean, Genoans, Venetians, Chainides, Ottomans, as well as Greek lepers from Crete and around the country lodged at those barn lands of Spinalonga and fed it not only with tears and pain but also with hope for life. Today, we stand with amazement against the works, which are still preserved -walls, bastions, churches, houses, streets and other buildings- works, which travel the visitor back at those times and report the story of this island.

However, the stories of the simple people, their tears and sighs, the sacrifices and their battle for life, the small joys and hope were never written, were not forever carved on this island`s stones.

The leper sanatorium remains a bitter, painful memory. The Ottoman past is clearly evident. However, the island`s Venetian character is tricking. The once unconquerable Spinalonga fort stands proud at the entrance of Korfos gulf, inspiring awe and admiration, bringing out the civilizations that walked its lands. A unique inheritance, bathed in brilliant light, mirroring on the blue of the sea, underneath the sunny skies of Merambellos... of the island of Crete.