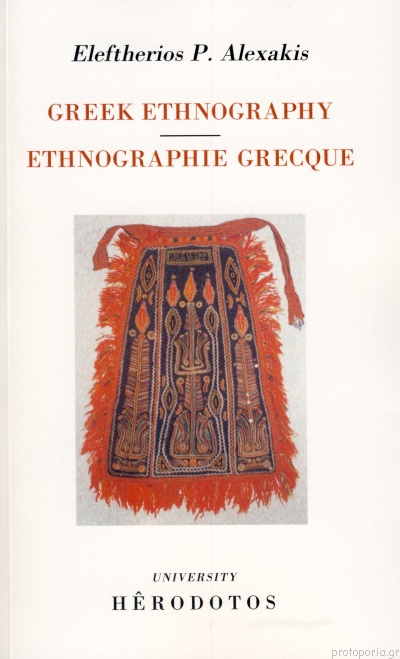 The book discusses the presence of the multinuclear family (vertical/ horizontal) in Greece, as well as of patrilineal kinship groups (clans and hneages). Examined too are strategies of property transfer in relation to name-giving in the Aegean islands and specifically on Kea (Cyclades). Presented and interpreted is the marriage strategy for the preservation of the patrilineal group by taking on a «secondary wife» for child-bearing, mainly for male offspring, as well as the social status of the female in relation to the discourse on an islet off the coast of the Laconian Gulf, Elaphonisos, with reference to the so- called «silent groups». Marriage provisions, particularly those addressed to the bride or to her parents, such as the «counter dowry» and «bridewealth», are investigated too. The local community is also appraised in relation to the religious feast (dance, etc.), celebrated annually in honour of the patron saint, which reinforces the cohesion of the members of the community at symbolic and actual level.