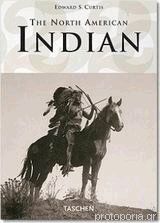 A unique pictorial record of more than 80 American Indian tribes

At the turn of the century, the American photographer Edward Sheriff Curtis (1868–1952) started on his thirty-year project to produce a monumental study of North American Indians. Using an approach that was both artistically and scientifically ambitious he recorded, in words and pictures, the traces of the traditional Indian way of life that was already beginning to die out.

With tireless personal commitment Curtis visited American Indian tribes from the Mexican border to the Bering Straits, gaining their confidence by his patience and sensitivity. This, his photographic life’s work, was printed in 20 volumes between 1907 and 1930 as The North American Indian. There were only 272 copies in total, so original copies are now extremely rare. This book gives lasting life to Curtis’s great achievements by making the photographs available again.

Hans Christian Adam (born 1948) works as a photographic consultant in Gottingen. He has published many articles and some books on photography, including TASCHEN’s monograph on Karl Blossfeldt.