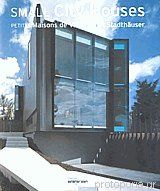 The modern lifestyle and the changes that have occurred in society th nineteenth century have led people to live in increasingly smaller spaces. Since then, the urban environment has become more and more the favored habitat for humans. The city exerts an inexplicable attraction on the masses and on modern technology, creating an interaction between the two in everyday life. This population boom in the cities, combined, in many cases, with the inability to expand further, has led to a shortage of floor space, resulting in an increase in housing prices. This situation obliges both people living alone-such as young people in their first home- and families to opt for small houses.[...]
Εκδότης:
Taschen
Σελίδες:
191
ISBN:
9783822851432
Ημερομηνία Έκδοσης:
1/1/2006