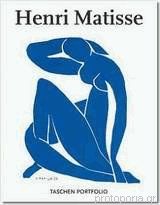 A sensuous hymn to colour

Matisse, the bard of colour, and Picasso, the breaker of moulds: together, these two giants shaped the world of modern art. They were, as Picasso once said, "North Pole, South Pole." The work of Henri Matisse is a sensuous hymn to colour, that wild yet subtle colour which he tamed, mastered and managed, and which expressed his feelings towards women and the world. Colour was the tool with which he controlled line, arabesque, volume, light, transparency, reflection and space, and though he did not shrink from pushing his creativity to the verge of abstraction, he never succumbed to it entirely. It was an approach well noted by America’s Abstract Expressionists.

This new and carefully conceived freedom marked not only the extraordinary significance of the painter and sculptor Matisse in the history of modern art, but also his influence, which was no less decisive than that of his main rival, Pablo Picasso. In fact, Matisse’s stylistic liberation actually goes one step further in the pursuit of his own personal goal – the perfect synthesis of line and colour – by which he sought revolutionary approaches to the great tradition of French painting by drawing upon its classical aspects.

The Henri Matisse portfolio features high quality prints that beg to be framed. Tucked in the portfolio are 14 large-format reproductions, each with a brief description.