Benaki Μuseum, a Quide to the Museum of Islamic Art 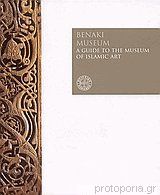 Greece s geographic position has been a crucial factor in determining the major role played by hellenism throughout a historical period extending from remotest antiquity to the expiration of the Byzantine era. It occupies an exceptionally advantageous location on the map, at a point where Europe meets Asia and where the North greets the southern winds from Africa. This no doubt explains Greece s sense of familiarity with its neighbours, and especially its conspicuous acceptance of the racial and cultural individualities of the other. Independently of the friendly or hostile relations which developed from time to time, and of sometimes radical differences of social conviction and religious belief, the channels of communication never became obstructed. Nor did the position change during the post-Byzantine era of foreign occupation and in the years after the independence of the modern Greek state, in any place where diaspora hellenism was welcomed and able to flourish.[...]